What Changes, a Year After Solo Travel 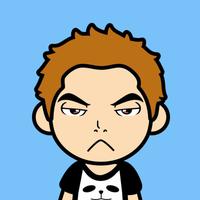 The journey goes on in a different, important way

A year ago today, I traded my big-city lease for a backpack and cancelled the return flight on my round-trip ticket abroad. I said “goodbye” in one language and learned how to say “hello” in many more.

A year ago today, I took a leap of faith in myself far outside my comfort zone. Then I ended up on the world’s doorstep.

My solo travels took me to twelve countries: Eight weeks of bliss and blisters. I tried on new things like clothing in a fitting room. I slept in a hostel bed alongside sixteen strangers. I bid consumerism goodbye and bought nothing for months on end. I recycled the same three outfits and shrugged off any wisp of vanity. I read translated books from local authors and shut off social media feeds. I ate food the world over, from fresh cacio e pepe to fried Hungarian Lángos, touristy chimney cake dripping with Nutella and delectably slimy escargot.

But the most marked change was diving off the safe ice floe of dependency to the deep ocean of self-reliance.

But the most marked change was diving off the safe ice floe of dependency to the deep ocean of self-reliance.

Why did I go? This question has never been hard to answer.

In three years I had three family tragedies: two sudden and shocking, one prolonged and painful. I was later diagnosed with PTSD, which explained much but opened up a door to many old, hurtful places. It was all overwhelming, so I shook it off like dust. Instead, I wired myself with the buzzing obligations of a too-busy life. Neon signs where dark alleyways should have been.

When we get knocked down in a big way, the bravest thing to do is to push onwards. But then one day we may realize we’ve never stopped pushing, and we’re out of steam, and life doesn’t make sense anymore. Then the brave thing becomes to stop, reflect, and reset.

I didn’t stop in some serene moment, an “a-ha!” type of golden-ticket insight. I was not particularly enlightened about what needed to happen to make me whole again. Instead, my pain smacked me in the face with all the force of a brick wall. Sit down , it said. Suddenly unable to get out of bed in the morning or sleep at night, I had to finally listen. Grief and trauma were no longer fitting into my 9-to-5 lifestyle, and I had run out of sick days to muscle through them.

My hurting heart said, what are you afraid of? I said, loneliness and quiet . So it said, go and listen .

I left to be alone — really, truly alone . The I-know-nobody-on-this-entire-continent flavor of alone. For some people this comes easily. For me at the time, it was like willing myself to jump off a cliff. And yet I jumped.

Across the world, I learned to make do with loneliness. After swallowing much anxiety, I found peace in drinking a glass of wine and watching other people be together. I discovered pleasure in directing my own feet on less-wandered paths. I carved out a more open mind and accepted that any day could bring any type of new person into my life: and that the best outcome was to adapt, welcome, and cherish the unknown.

Soon I shed the notion that familiarity was necessity. I stripped everything away and all that remained was myself. Me and my thoughts, table for one, please.

The onslaught of silence that grips you when the outside world goes quiet — it’ll knock you down. I spent many days fighting off the pangs of loneliness, like learning to feel hunger when dieting. I felt old, forgotten hurts freshly again. But I learned how much I love quiet and minimalism, two things I had never allowed myself before. I fell in love with my own adventurousness and bravery, found purpose in simply being.

Yet, traveling alone can shush the brain long enough to understand which hurts are self-inflicted.

Traveling alone can shush the brain long enough to understand which hurts are self-inflicted.

I made dear friends on the road, and was sad when they inevitably traveled back to their countries and homes. But still, something was easy about the frailty of those relationships. I felt comfortable in them because they were temporary by design.

So after two months of travel, I came home to a painful insight: What plagued me was not really loneliness, although it wore that mask. I was facing a fear of intimacy. Of losing people in a sudden, shattered instant. I was terrified of being vulnerable, of letting love in. So I pushed away through a plethora of means, and in doing so, created a particularly painful breed of isolation.

For many years I thought the ultimate goal was finding strength in complete and total independence. Once I found my independence on a solo trip, the goalpost changed: There are things we can only face with other people cheering us on.

Once I found my independence on the solo trip of a lifetime, the goalpost changed: There are things we can only face with other people cheering us on.

Yuval Noah Harari wrote a book called Sapiens , which I tore through breathlessly. He writes about the original human tribes, people who were nomadic foragers, and really very happy with their lives. They were people free of materialism, traveling place to place together, always enriching their minds with new challenges. Every day was new.

That deep, instinctual need filled me on the road. I felt whole in shedding the idea of stuff . I loved the mental puzzle of navigating a new city, balancing exhaustion and exploration. It was an incredible adventure learning to take care of myself in a myriad of ways, in which no two days were the same and nothing could be taken for granted. It’s how my great great ancestors lived in a sense, and how I’m programmed. It’s a thrillingly fulfilling way to live.

But we were never meant to do it alone.

On day one of my solo adventure, one year ago, I read a quote tacked on the wall of a hostel in King’s Cross, London.

We shall not cease from exploration, and the end of all our exploring will be to arrive where we started and know the place for the first time. — T.S. Elliot

There are many truths I would never know without my lonely and inspired wandering. Now I see the same old places with new eyes.

First I learned to love myself. It took many months of time spent with me, hearing me, taking care of me. The white space in between the busy lines of life is where we see ourselves clearly, and it’s worth embracing.

Yet although independence is important, part of self-love is loving yourself enough to firmly believe that you won’t always be hurt or abandoned. It’s letting others love you, too.

So the journey of a lifetime didn’t end when I stepped off the plane back home and unpacked my bags. It lives inside, and carries on.

The importance of being sincere 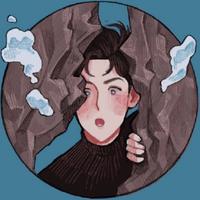 The Art of Moving Somewhere New and Unexpected 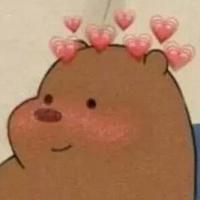 My plans to ditch 9–5, complete a quest, and do something remarkable
Read Full Article -> 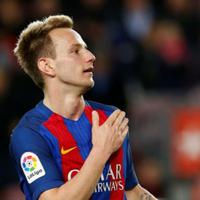 Traveling Alone Is Insanity, But Do It Anyway

I wrote this post last year when I returned from a 4-month road trip across the country..
Read Full Article ->

How to Enjoy Summer Vacation

Summer vacation can be whatever you make of it, so make each day memorable by pursuing your interests. Whether it’s getting organized, staying fit, or socializing with friends, summer allows time for everyone to follow their passions. Get out your sunglasses, lather on sunscreen, and get ready to have some fun!
Read Full Article -> 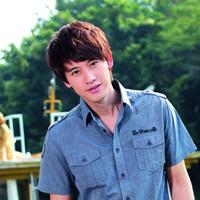