Anything Is Better Than Overnight Oats 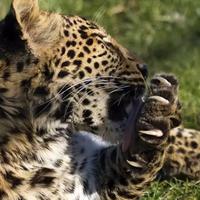 When it comes to steel-cut oats, make risotto instead of porridge

I’ ve never purchased steel-cut oats on purpose. Recently, I made this mistake while shopping in preparation for my inaugural fall apple crisp. I went through my groceries as the oven preheated and realized that rather than soft rolled oats, I accidentally grabbed their heartier steel-cut siblings. I snooped around recipes online until I found what I wanted: a recipe that justified using steel-cut oats in a crisp. I tried it. But rather than a chewy, moist crumble, the steel-cut oats had the texture of pebbles.

Steel-cut oats are totally different than the Quaker oatmeal packages we threw in a bowl, poured some water on, and microwaved for two minutes. Steel-cut oats require patience: They take 20 to 30 minutes to cook on the stovetop. They have a nuttier flavor. You can’t eat them raw as muesli. But nutritionally, rolled oats and steel-cut are pretty much the same, except that steel-cut oats have a lower glycemic index. The main difference is in the processing; unlike rolled oats, steel-cut oats don’t go through the last step of being flattened and steamed.

I am not a porridge person. The only reason I keep rolled oats in my kitchen is for baking granola, muffins, cookies, etc. I feel like oatmeal is just about the most puritanical food you can eat — I mean, that might have something to do with its mascot, a Quaker man. Oatmeal is the definition of food as fuel, not for pleasure. It’s what I ate before my 6 a.m. high school volleyball practices when my taste buds were still asleep.

This past year, I tried to get on board with the whole overnight oats movement. It’s convenient, healthy, and portable. Many of my peers have a nightly ritual of prepping their breakfast concoctions in a Mason jar — they add bananas, berries, peanut butter, nuts, coconut. But I’ve got to be honest: To me, it just tastes like mush, mush, mush.

And overnight oats are refrigerated overnight and therefore cold . Cold! The whole appeal of oatmeal is that it is the ultimate warm comfort food that sticks to your ribs.

But steel-cut oats? Without the malleability of rolled oats, these hard kernels hardly inspire me. I hoped to ameliorate my indifferent relationship to steel-cut oats, first, by understanding them.

Steel-cut oats — also known as Scottish, Irish, or pinhead oats — have a history of being an underdog grain. Oats were first harvested in 2000 B.C. in Egypt . But alongside wheat and barley, oats were thought of as mere weeds that were mainly fed to livestock. Fast forward to ancient Rome, where the famous philosopher Pliny the Elder denigrated oats as a “diseased” form of wheat. Poor oats.

Centuries later, oats were finally accepted by Britain and Scotland. This little grain soon rose to the status of potatoes as a reliable form of nutrients, especially for those who could not afford meat . Finally, oats found their true home in Scotland where they are an ingredient in the national dish, haggis . Scotland also has an annual World Porridge Making Championship , the sort of Scottish cultural equivalent to an American chili cook-off. Even the Oxford Companion to Food agrees, “There seems to be an affinity between oats and people of Celtic origin.”

Oatmeal eventually got its big break in America as a health product. In the mid-1800s, a typical breakfast — designed to fill a farmer before a hard day’s work — consisted of salted meats, eggs, potatoes, fruit preserves, and sugar-laden bread. But oats finally got on the map of the American diet in the 1850s, when the German Mills American Oatmeal Company was founded. Oats were advertised as healthy for the body and the pocketbook.

Today, health nuts praise oatmeal as a plant-based, gluten-free, satiating breakfast (unless you are on a ketogenic diet, of course, that shuns whole grains). But as upscale as oatmeal tries to be with expensive “superfoods” sprinkled on top, it’s still an under-appreciated grain. On average, an American only consumes 4.6 pounds of oats a year, compared with 26 pounds of rice and 132 pounds of wheat . This is mainly because oats are seen only as a way to start your day.

So the rest of the U.S. seems to agree with my apathy toward steel-cut oats. But then I came across the oatmeal guru Sam Stephens, who opened an oatmeal-themed restaurant, OatMeals , in New York City. From cacio e pepe to congee, the possibilities of what oatmeal could be — beyond old-fashioned — revealed themselves to me through Stephens’ innovative combinations.

It was time for me to face my distaste for morning mush by trying out a savory recipe for dinner. I used this as a blueprint recipe for steel-cut risotto with butternut squash, kale, and mushrooms.

Turns out, it was absolutely delicious . The best oats, especially steel-cut, have ever tasted. Well, of course, you may say: add cheese and butter to anything and it automatically tastes divine. But let me be clear: Steel-cut oats shine as a risotto. They have the perfect size, chewiness, and heartiness. Plus, they’re super healthy. I felt like I was giving a nod to the 17th-century Scottish, who caught on to the fact that oatmeal can be eaten savory or sweet at any time of the day.

You bet that I’ll be making risotto with the rest of the steel-cut oats I accidentally bought. It’s the ideal dish for fall: comforting, nutritious, affordable, and adaptable to whatever veggies I have on hand. I’ll probably need to make it a couple more times before I fully recover from the pebbly apple crisp fiasco. But I’m certain that the next time I buy steel-cut oats, it will be on purpose.

Is It Safe to Eat Honey While Pregnant?

Many parents are aware of the fact that babies and infants under the age of 1 should not eat raw honey because it carries the risk of botulism bacteria for them.
Read Full Article -> 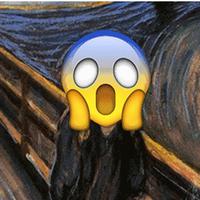